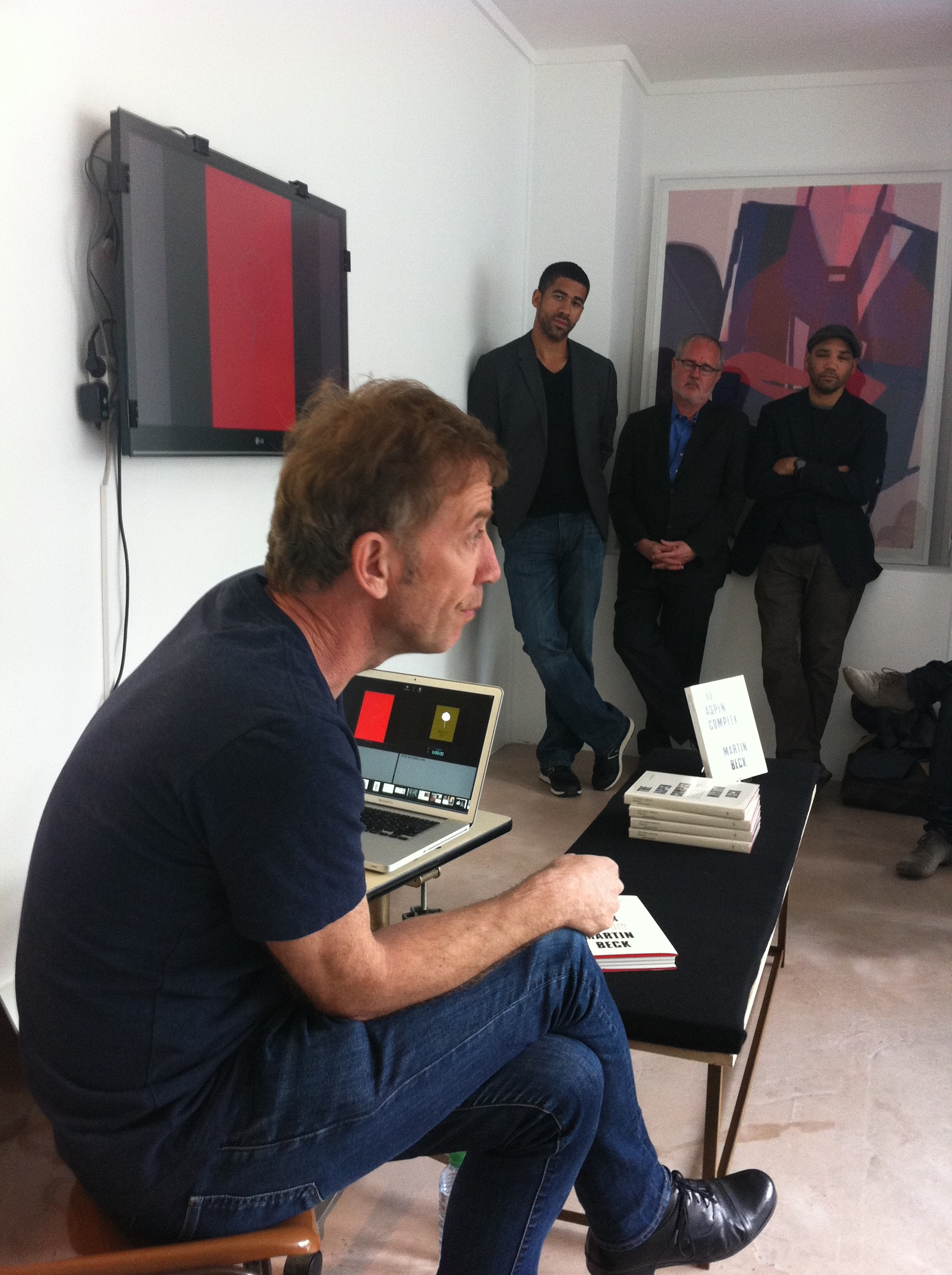 Book launch and film screening
Here at castillo/corrales, we love books, that’s nothing new. Over the past weeks, new titles—impressive, engaging, stimulating ones—have kept dropping on the shelves of our in-house bookstore. New releases by Walther Koenig, Hatje Cantz, Valiz, Sternberg Press, Hyphen Press, A.R.T Press, and many more, are now ready to find their way into your soon-to-be-packed holiday suitcase, your relaxed fit linen jacket pocket, or your Manifesta 9 /documenta 13 /Art 43 Basel totes (unless you’d rather, and rightly so, boast on your shoulder the castillo/corrales’ Will Holder- or Åbäke-designed ones).

One of these new titles particularly strikes out: The Aspen Complex, edited by artist Martin Beck, with essays by Sabeth Buchmann, Alice Twemlow, Felicity D. Scott, which was published by Sternberg Press, Berlin.

On Wednesday June 20, at 7pm, we will give the Aspen Complex a live presentation, with an introduction by Martin Beck, followed by a screening of IDCA 1970 by Eli Noyes and Claudia Weill—a rarely seen documentary short on the events of the 1970 International Design Conference in Aspen—continued with a discussion, and concluded by a round of drinks.

The Aspen Complex stems from, documents, and extends Beck’s exhibitions “Panel 2 —‘Nothing better than a touch of ecology and catastrophe to unite the social classes…’” at London’s Gasworks and Columbia University’s Arthur Ross Architecture Gallery, respectively held in 2008 and 2009. Beck’s overall project draws on the events of the 1970 International Design Conference in Aspen (IDCA) and the development of the Aspen Movie Map and brings together unpublished archival material and new research in an analysis of the interrelations between art, architecture, design, ecology, and social movements.

The 1970 IDCA marked a turning point in design thinking. The conference’s theme, “Environment by Design,” brought together venerable figures of modern design in the United States, including Eliot Noyes, George Nelson, and Saul Bass; environmental collectives and activist architects from Berkeley such as the Environmental Action Group, Sim Van der Ryn, and Ant Farm; as well as a group of French designers and sociologists, among them Jean Aubert, Lionel Schein, and Jean Baudrillard. The conference quickly escalated into a site of unresolvable conflict about communication formats and the potential role of design for environmental practices in a rapidly changing society.