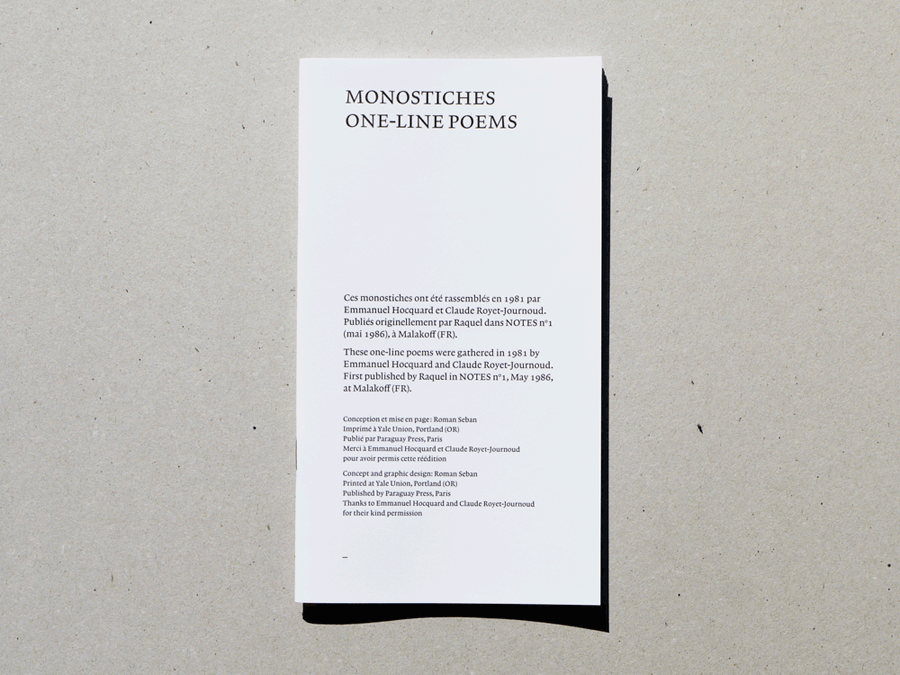 Monostiches/One-line Poems is a publication conceived by Emmanuel Hocquard and Claude Royet-Journoud in 1981, originally published in 1986 by Raquel, in the first issue of the journal she was the editor of, Notes. It gathers more than 100 poems—original for most of them—written mainly in French or English, all only one sentence-long (plus a title). The book is a challenging picture of the poetry scene of the time, as it doesn’t focus on any school, and shows the contacts between the French editors and several US writers. Authors include Edmond Jabès, Robert Creeley, Charles Bernstein, Georges Perec, Lyn Hejinian, Denis Roche, amongst others.

This reprint was produced at Yale Union (Portland) in the Summer of 2015, and designed to fit the specificities of Container Corps printshop; it was conceived with the idea of creating a new, autonomous object, with this collection of short poems.