with Lucy Steeds and Pablo Lafuente,  contributors to the book and editors of the Exhibition Histories series
and Annie Cohen-Solal, French art historian and scholar 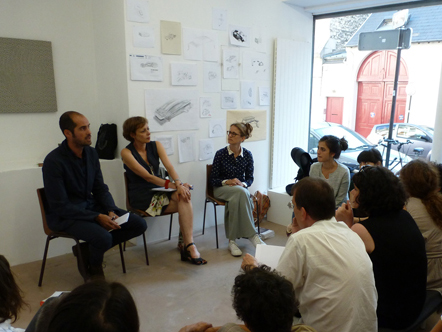 In the history of contemporary art exhibitions, only a handful can claim to mark the beginning of a new era. “Magiciens de la Terre”, organized by Jean-Hubert Martin in Paris at the Centre Georges Pompidou and the Grande Halle de la Villette during the summer of 1989, is unmistakably among such “milestone” exhibitions, as it is commonly referred to as the starting point of the art-world globalization in the 1990s.

Although this is quite certainly an over-simplifying standpoint to consider the  “Magiciens” as such, its legacy was nevertheless crucial as the exhibition gave rise to an unprecedented array of debates and reactions developed by both Western commentators and, for once, by a new generation of thinkers, social theorists, artists, and curators from all continents, who helped change dramatically the coordinates of contemporary art as we used to know it.

More than two decades later, and as we come close to the 25th anniversary celebration of “Magiciens de la Terre”, in 2014, the debate it sparked is far from being sealed, and there’s high chances that it will give form to new heated arguments