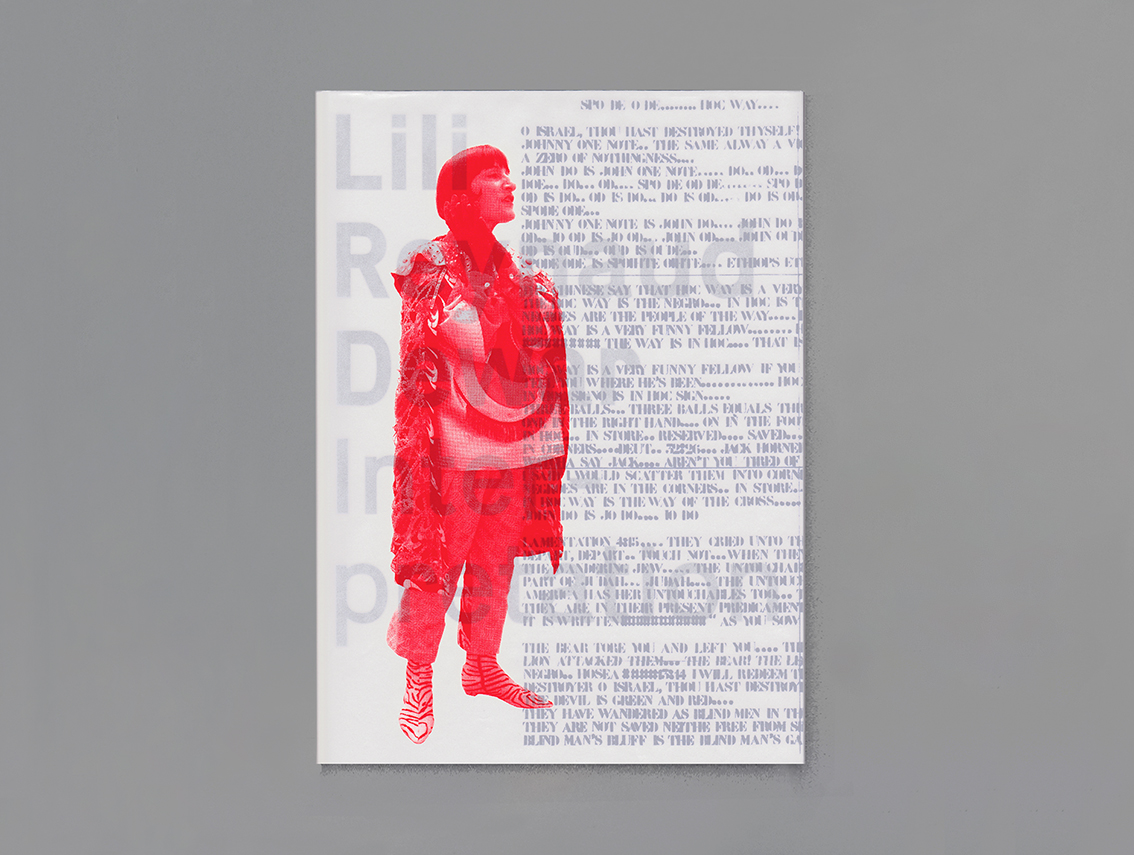 The interpretation of an existing script or score is an essential element in many performances. Lili Reynaud Dewar is interested in staging techniques and ritualistic aspects of theatre: her work takes the form of installations which include sculptures, texts, photographs and visual signs — and also involve the live participation of musicians and actors. In the suite of exhibitions and performances titled Interpretation, that she initiated in 2010, she develops her own reading, and explores the intimate legacies of a peculiar body of work—that of the African American musician Sun Ra.

The book Interpretation can be considered as the last part of a complex project that wasn’t organized programmatically but rather, improvised through a piecemeal approach to art and research as such. The publication unfolds this elaboration through a text by the artist and documentation of her working process; it also gathers multiple visions of Sun Ra, from photographs taken by Philippe Gras at the concert Sun Ra and his Arkestra gave in 1971 at the Fondation Maeght, to texts by Diedrich Diederichsen, Anthony Elms and J. Griffith Rollefson on his music, his theatrics and his politics. For a book is less a matter of pinning down the definite truth of a fact, or of one’s fiction, but an exercise in opening a multiplicity of interpretations.

Interpretation is co-Published with Kunsthalle Basel, with the support of 1m3, Lausanne, and the Centre National des Arts Plastiques, Paris.