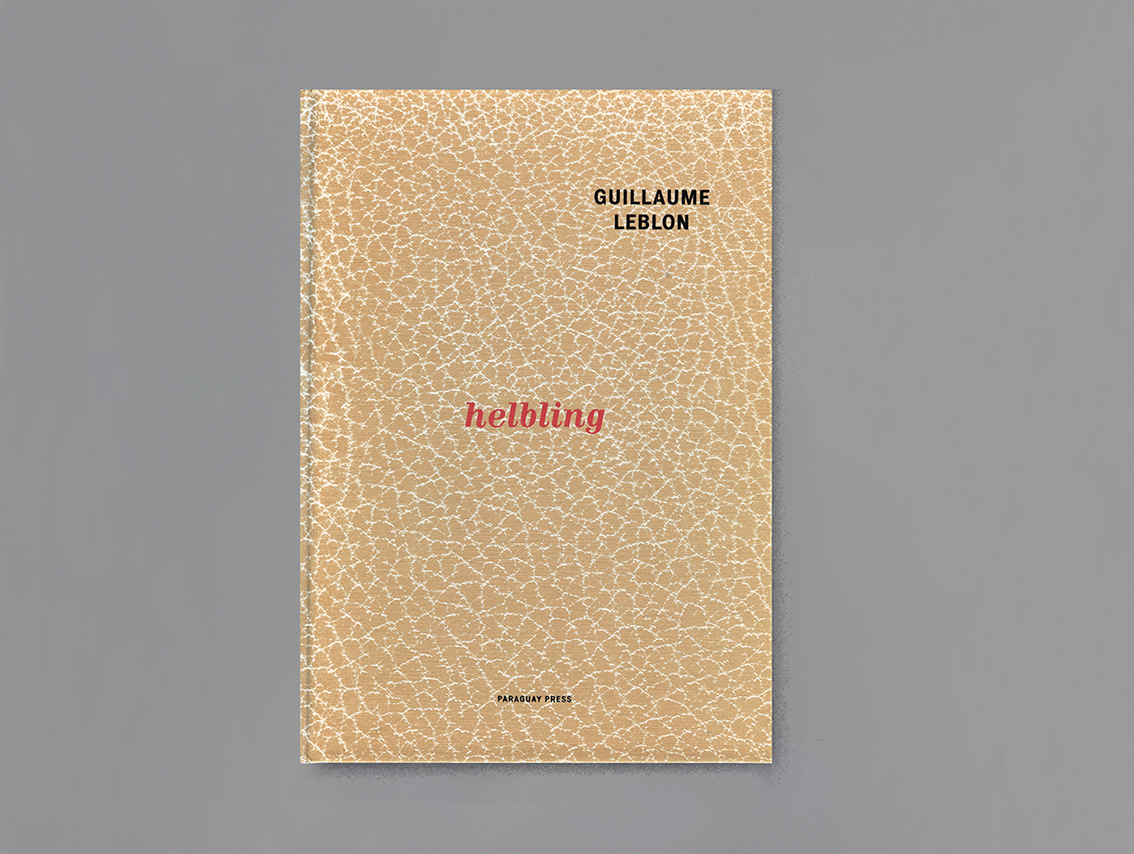 Conceived through a close and extensive dialogue with graphic designer Frédéric Teschner, Helbling presents the last four years of Leblon’s sculptural, installation and drawing work, and describes the newest developments in his practice.

The book is organized around four recent solo exhibitions of Leblon at Culturgest in Porto, Mudam Luxembourg, Le Grand Café in Saint Nazaire and the Fondation d’Entreprise Ricard in Paris, and includes three texts, either specially written for (Grabner, Meisel), or recontextualized in (Bailey) this publication. The variety of writing genres and analytical approaches in the texts directly address what make one of the greatest strength and the extraordinary richness of the work that Leblon has been constructing for more than a dozen years now: its capacity to resist ad hoc facile explanation, its aptitude for only guaranteeing one single thing. None of the ways of fathoming his work and therefore of describing it comes closer than any other, none of them is therefore more “true”.