LAUNCH OF THE NEW PUBLICATION OF PARAGUAY PRESS

“DIALOGUES” – A FILM BY OWEN LAND 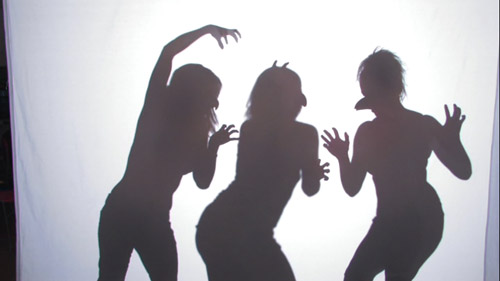 An evening with the legendary experimental filmmaker formerly known as George Landow, Owen Land, yet without him: two film screenings to accompany the release of the book “Dialogues” – A film by Owen Land, the latest publication of Paraguay Press.

Edited by Philippe Pirotte and Julia Strebelow of the Kunsthalle Bern and designed by Kaisa Lassinaro, the book delivers the integral, and oft-hilarious script of Land’s latest film, the two-hour long Dialogues, released in 2009 and premiered in Bern. It is preceded by a critical essay penned by Chris Sharp and two interviews with Land.

In a way it’s maybe best that Land is not going to show up at castillo/corrales next Friday evening when we will celebrate him. In Dialogues, Land has been contriving his own fable and pleading his own case in a magistral mode. In Bern, he wanted a stripper to act as his alter-ego; he might have had a better idea this time, even.

On Friday evening, Philippe Pirotte will tell us about his working relationship with the facetious Land and about the film production going haywire. On this occasion, we will also screen two previous shorts by this maverick filmmaker: Undesirables (1999) and Wide Angle Saxon (1975).

Thanks to Marie and Wim at Office Baroque, Antwerp.

PS : that same evening in Belleville, opening of A Minor Sense of Didactism by Mathieu K. Abonnenc at Marcelle Alix. And of As it is and not as it should be by Nick Devereux at Bugada & Cargnel.