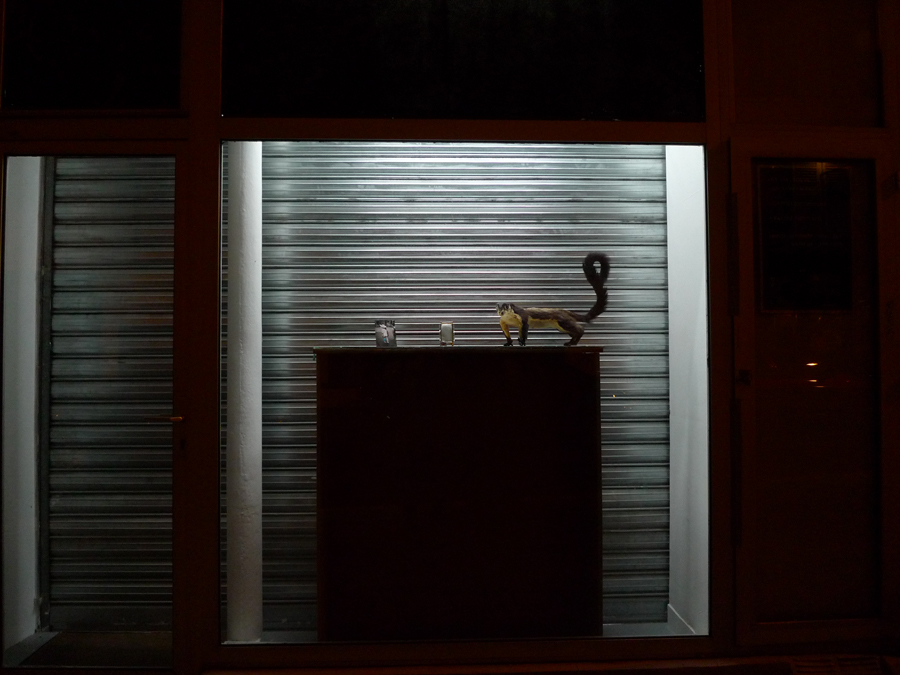 I am looking forward to the show, but unfortunately I wont be able to be at the opening. I am in LA at the moment, and will be in California until mid February; Danh will be in Paris to handle the installation before the show opens.
I associate the show with a turn of phrase Danh once referred to from a book he had been reading by Edward Said quoting Antonio Gramsci: “Inheriting the infinite traces of history, without an inventory”. Yet strangely, it doesn’t really seem to apply to the installation we have planned. The window of the gallery will have 3 objects on display, oriented more to the street rather than the interior. The first, Danh bought on Ebay while we were in Vietnam. It is a religious relic of Saint Theophane Vernon- a single hair of the first missionary to proselytize in Vietnam. He was beheaded, if i remember the story correctly (which I probably don’t), by a local warlord. His body is in Paris at the Mission Etrangère; his head remains in Vietnam. We bought the second object in a stall selling Chinese medicine in the central highlands of Vietnam. It is a taxidermized rodent of some kind. I haven’t found out what kind of rodent it is, but it is black with a tan underbelly. Its eyes are cast plastic; red white and silver glitter stars float in front of its pupils. Finally the last object is a photograph I took of a missionary that we met together on our travels at the beginning of last year. Danh has been in close contact with her and she really is a fascinating character. She was an engineer at Boeing working for the missile defense program in Los Angeles, but sold all her worldly possessions and moved to Vietnam where she helps the Montagnards (the indigenous minorities of Central Highlands in Vietnam) to get medical treatment. The photo shows her walking as we followed her while she was trying to gain admittance to a specialist for a little boy with a cleft lip and tumor in the eye. All of these things were collected haphazardly on our last trip to Vietnam-you know, we had originally planned collaborate on a feature film, but the project has since been aborted. Nonetheless, I really am enthusiastic about the exhibition. As the saying from Zarathustra goes, accidents can not happen, because – and I think this is especially relevant to Danh’s work – “All that could now happen to me would be my own”.
I would also like to curate a small selection of books, which I discovered while researching the film and the Montagnards. Perhaps like 7-8 titles; they would be a nice supplement to the display that you already have there.