THE MEANING OF EVERYTHING

A performative screening and a publication by Ayreen Anastas + Rene Gabri 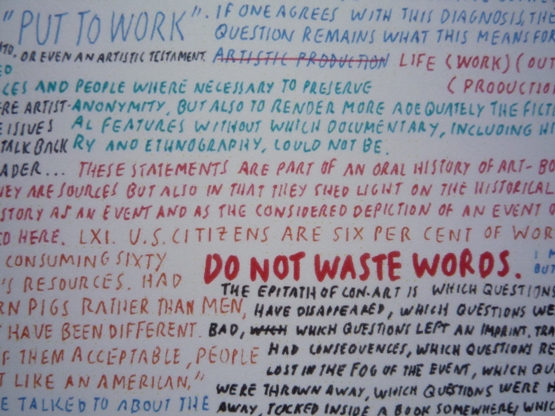 It looks like there are some people camping at castillo/corrales. Did they actually change their program? How come? Will it continue like this? For how long? Do we need to call the immigration police? I often pass there late nights. No no no, I cannot tell you what I see. You need to find out yourself.

Finding a voice.* Cultural expressions, traditions, our languages and the nation-states we occupy, each could be seen as vestiges of a search for a voice. But no matter the form this quest has taken, the task has remained unaccomplished. Often possible solutions resulting into traps, prisons, exclusions – the nation-state being only the most obvious example.

Finding one’s voice within a collective. Let’s say this is the central task that faces all of us in our lives. Finding each other’s voices and speaking in them could be no less important in this task. I speak in your voice, you speak in my voice, she speaks in their voices, and the question that persists here is this: How can I speak with someone else’s voice, modify it, interrupt it, play with it it – like we’re doing right now.

Initially we thought we would ask each other questions: personal- / impersonal-ones each time we’re on. It was a beginning, an orientation. What we really want is to get away from ourselves to be able to get back to ourselves since after that we will transform slightly.

On a shelf there are books.To be more precise, at castillo/corrales here in Belleville, there is a shelf hosting a bookstore. Over the summer, we became more acquainted with those books, more and more we made friends with them. You can say, that this project, this event, this idea, traces the history of such a friendship. I am speaking in my own voice right now, but soon this will change and the much happier I will be then. Do not waste words. That’s right but how is it going to happen?

(By choosing to) use the gallery as the place where the art actually occurs … I am shifting my concentration from “art doing” to art-experiencing: an artwork would be made for a gallery- in other words, for a peopled space, for a place in which there were gallery goers. The gallery then could be thought of as a community meeting place, a place where community could be formed, where a community could be called to order, called to a particular purpose.

*Here voice would have to retain its most open sense, including its tie to the act of giving voice, listening, professing, calling forth, being called, vocation.

Anastas and Gabri’s publication The Meaning of Everything comes out in an unlimited edition with a limited circulation. It is available at the gallery for the price of 20 Euros. 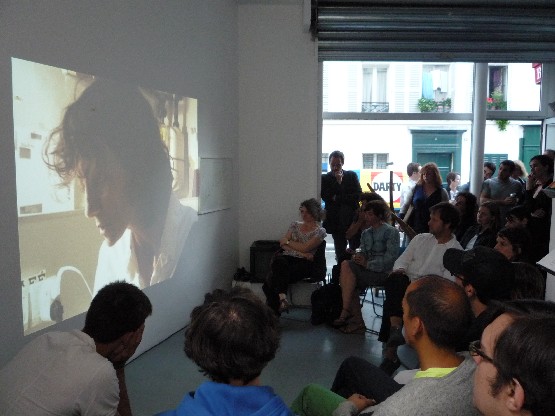