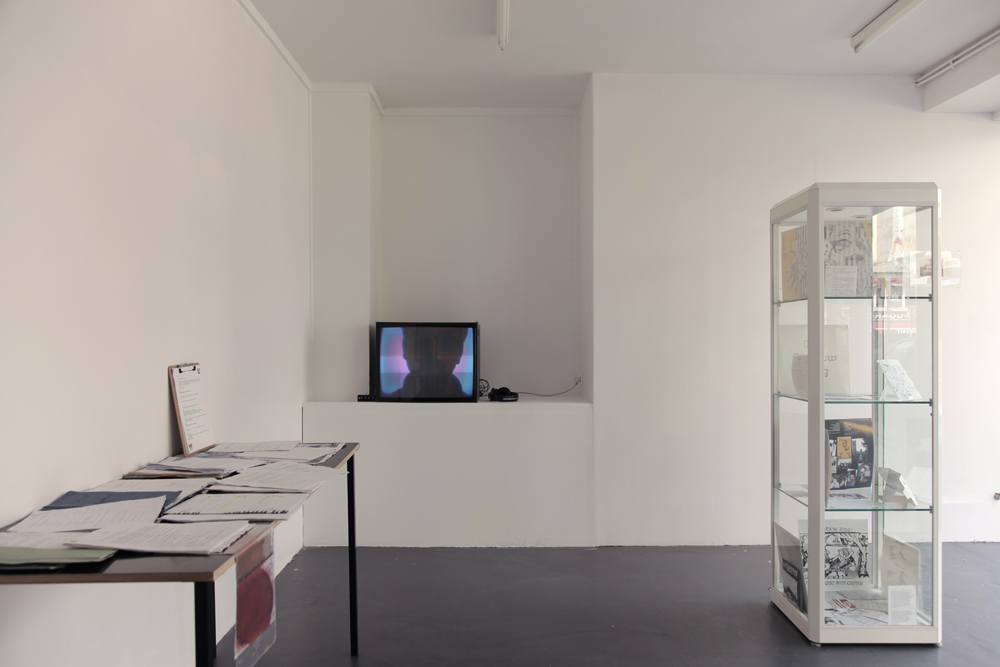 We looked at each other for what seemed like a long time, and then he said: “We might as well try.” Over the years, we had grown a little wary of one another, and by this point it was getting almost monotonous. Irony, impatience, and autocritique, all the things which had set us apart, were beginning to wear off. Maybe there was just too much to say, or rather to think about.

Workshop’s debut album was playing in the background. Open Ocean Jam, Navajo Blanket, Adolescence. “It’s maybe not the music that makes it work here for me that much, but the brilliant approach of thinking people towards being a pop group”, writes Francia Gimble Masters, a fictional spokesperson for the band, on the backcover. A band as a band, a group as a group, and their vicissitudes.

“I’m some songs” was the title of the last record by British band The Shadow Ring. Six years later they published an anthology and called it “Life Review (1993-2003)”. In “Aus Lauter Haut”, the 2001 film by Cologne-based Filmgruppe West, a self-styled Dutch radio journalist asks the members if it is at all possible for other people to relate to the group and gets confused mumbling for an answer. Hobbypop museum from Düsseldorf couldn’t care less: “thus pass our days, whilst one thing adds to another”. At New Theater, in Berlin, scripts, directions, and decors can only exist as a collective and collaborative effort, and the audience plays no small part.

“Collaboration and collectivity may be words from the last century”, she said to her later that night. I have no more sense of what we might do to get on in this world than I had when I entered the group some years ago. I am still adjusting. We might linger on for years.