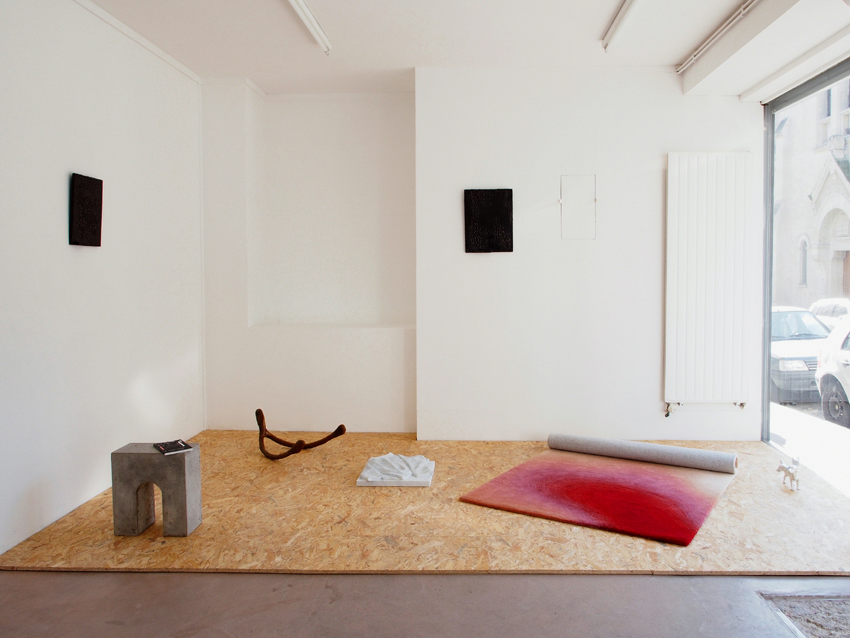 Show and tell is not that much of an easy sport. Everyone knows that. At times it feels like a good exercise—using objects for your mind to play—other times it ends up in a painful stutter—the arrogant stubbornness of the material leaving one unable to speak. The eyeball may go too fast, or too slow for the tongue; the brain may not be able to fill in the gaps that the slick surfaces try to hide; things may go wrong, and reveal themselves as decoys. Sometimes it’s simply a good match—like a translation that makes so much sense, that one even forgets the text that came before. Often objects are overlooked as much as they are overwritten. One would dream that they stand up and speak by themselves, to reveal what they are—a wish or a remembrance, a prop or a metaphor.

“When things are not kept secret they water down.” Like the rocks break the waves and scatter their force, or ripple the surface of water as they bounce on it, the object can’t but echo, trouble, or scatter the questions. Karl Larsson’s P∞L (Consensus) is a site for language to both dissolve and take place, and for objects to both matter and cut short sense. Bodies and signs, thoughts and ciphers, theatre and sculpture, words turned into things which call for words again.

The exhibition P∞L (Consensus) at castillo/corrales is one part of a collaborative project that comprises the book Consensus (The Room), published by Paraguay Press, and the exhibition R, A, I, N (Consensus) that took place at Signal, Malmö, from November 2012 to January 2013; three acts, or a timing, not fully meant to overlap.