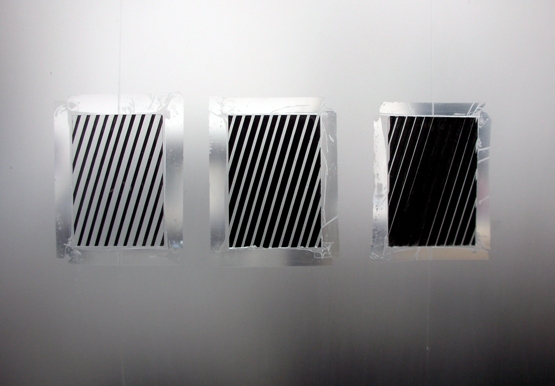 No one, everyman, pseudonym, Mike Freeman was, in 1973, the editor and publisher of VONUlife, a hippie-libertarian journal for those who wished to “live out of sight and out of mind of those unwilling to let live.” After publishing the manifesto ‘What is Vonu?’ in what would be the final issue of VONUlife, Freeman slipped into the forests of Western Oregon and disappeared forever. Today, there are thousands of them, Mike Freemans, anonymous.

The exhibition inhabits a central concept of vonu living: that personal liberty can be embodied in architecture. From the early experiments of Drop City to current practices in ‘dwelling portably’, the desire to establish an autonomous living situation has been manifested in low-tech, DIY houses, “off the grid”. Temporary, underground, mobile– how to build an invisible structure.

At the center of the exhibition is SMIAL, Tuazon’s full scale prototype of a building with water-filled walls, a technique that might serve two functions for a remote structure: as a simple but efficient means to heat and cool a small house; and, in wilderness areas, an effective camouflage against detection. A window system, Blackout Window, shows the dynamic play between visible and invisible at the core of self-sufficient design.

A lifestyle of uncompromised freedom, vonu is perhaps best described as an invented language. A unique print of the vonu alphabet, used as a teaching aid for children, is at once recognizable and incomprehensible: not just for a few, it will expand as long as there are people willing to do.

“Vonu was created by the people who live it. As I write this I am on a secluded mountainside, amongst trees and bushes. The sky is mostly blue and the sun is shining, after a day of rain”
–Mike Freeman

American artist Oscar Tuazon (b. 1975) lives and works in Paris and Tacoma. He is a co-founder of castillo/corrales. 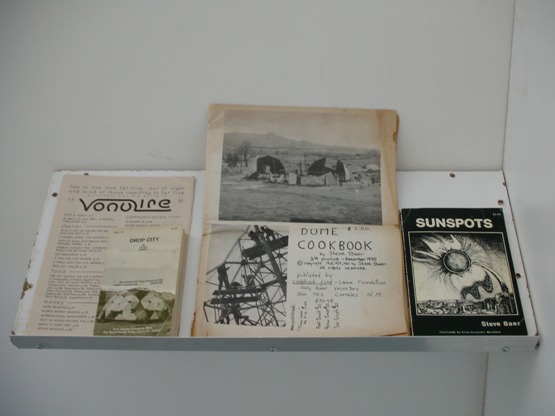 castillo/corrales is a 1:1 scale prototype of a gallery experience. Based in Paris-Belleville, the gallery is conceived as a remote structure for the activities of a group of artists, curators, critics, editors and writers.