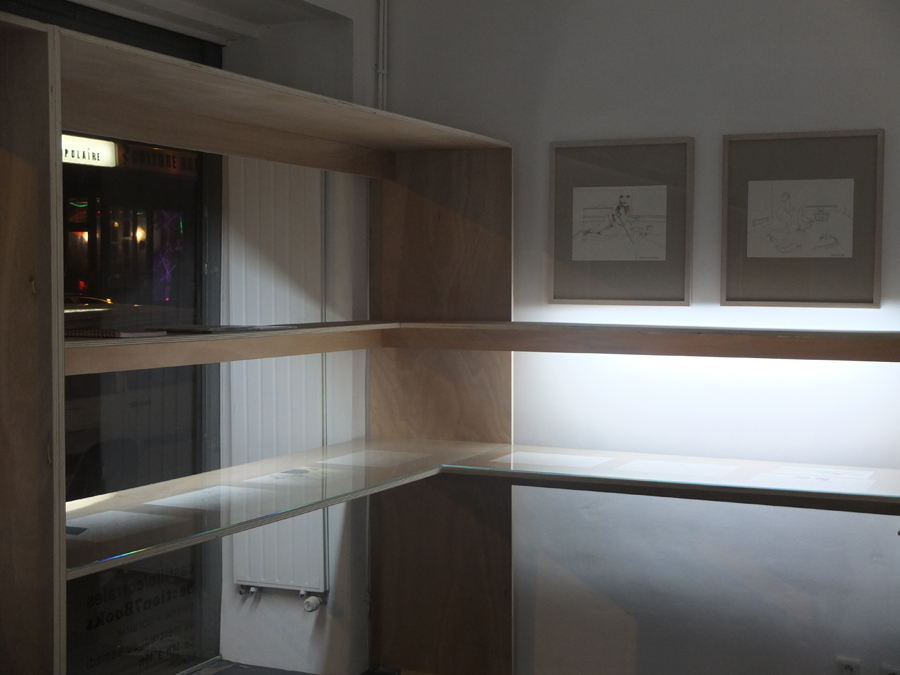 Anne-Mie Van Kerckhoven draws everyday. The casual nature of her drawings are augmented by the methodical, chronological database she keeps them in. Her archive begins in 1972 and ends with yesterday’s effort.

When we first met, Anne-Mie Van Kerckhoven was 60 and full of the doubt that can beset an artist of consequence in late middle age. She was bored by the things she knew and also by that which her mind had allowed her hand to make. She did not want to work as she had, but since nothing but working could contain her intellectual turbulence—let alone begin to deplete her intensity—renouncing working would have been tantamount to The End. Drawing monopolized just enough of her despair to make the mystery of being herself something even she could sometimes laugh at, but it never neutralized the mystery entirely. It wasn’t supposed to. The mystery is hers not to dissipate with drawing but to intensify.

It is the voice of these drawings that holds me in place. It is the way they seem to house her mind, or are the essential means by which she communicates. When drawing, she is direct, unreachable, and willing to figure the kind of mind she has when rationality and purposiveness aren’t around. At bottom, it is a way for her to keep her circuits open, a way to think. This mental present, surrounding us, making noise, is difficult to put down in art, but at times these drawings are thought itself.

The subject of her thoughts are almost medieval. What is a self? A person? A thing? These, the most irreducible and enticing of mysteries, may be all the more bewildering when they are cartooned by an adult and steeped in what has been dreamed for us by the scientists and philosophers for whom Van Kerckhoven comes to contemplate in the margins of her drawings. There she quotes a wide range of subjects from scientific texts on thermodynamics or artificial intelligence, to the early works of surrealism or the occult. For Van Kerckhoven these alternating ways of understanding the world have equal value in portraying the human mind’s steadfast determination to make meaning, regardless of whether the methods are empirical or intuitive, sanctioned or monstrous.

How conscious and rational and controlled could all this be? Can it afford not to be? There is in drawing something deep, obscure, and powerful that can be neither explained nor disregarded. Is there a form more direct and archaic? To my mind, no. There is also a germ of defiance to it; drawing remains one of the last ways in our industrial art-business where a penniless individual alone can make something with her own hands. The sense of authority I feel in making a claim like this is insufferable. Plus it evokes any number of clichés. Forget it. Anne–Mie said it better, pleasure is a form of rebellion.

The exhibition was designed by Anne–Mie Van Kerckhoven and Samyra Moumouh. It is an enlargement of the carrels she works at in her studio in Antwerp.