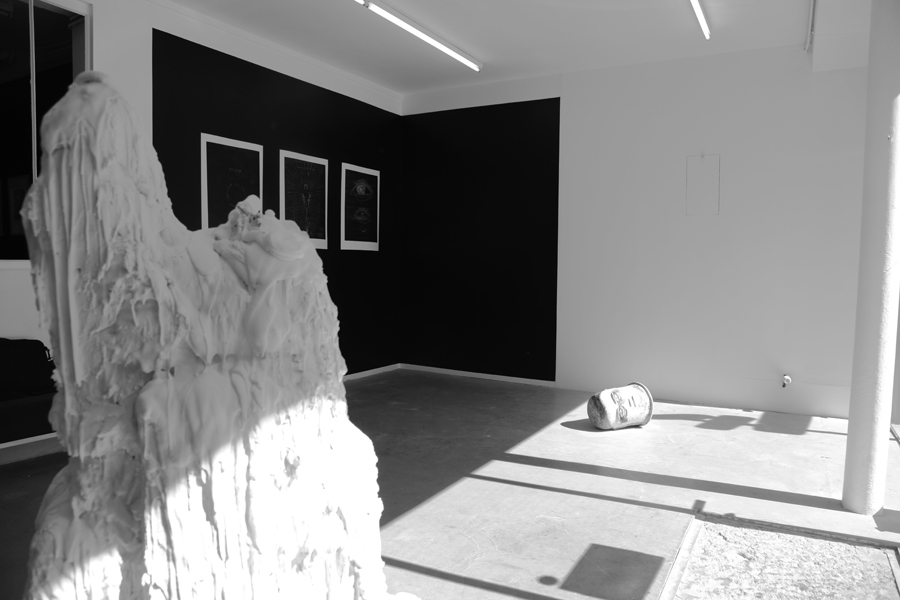 There has been by now a long tradition of relationships between castillo/corrales and Scandinavia. Some find this connection a little perplexing or dubious; for others it’s not a problem at all. The remaining ones will claim they didn’t really notice it until now.

On Friday May 16, castillo/corrales inaugurates the exhibition J’ai Froid, which presents works by Matias Faldbakken and Sidsel Meineche Hansen, grouped together by Joachim Hamou with illustrations from Theodor Kittelsen’s book Svartedauen (“Black Death”) and photographs from the image archive of Asger Jorn’s Scandinavian Institute of Comparative Vandalism.

J’ai Froid addresses the myth of Scandinavian culture and the paradox of formulating a subversive strategy based on socio-economic privilege. Tapping into the unrest and general neoliberalisation of the Scandinavian welfare-states, a new generation of artists’ interest in anarchistic expressionism and Black Metal has emerged. Their interest in this subculture lies perhaps in the promise of an oppositional position and the potential for expressing angst, distress and feelings of being overwhelmed. J’ai Froid foregrounds a split position where visual artists are trying to negotiate their own position, knowing that it is impossible to reiterate an authentic expression and to use irony as a counterstrategy.

In J’ai Froid, Matias Faldbakken (b. 1973), the artist and author of the acclaimed novel Scandinavian Misanthropy, presents two sculptures indebted to the anti-establishment threads of Norwegian expressionism and black metal. In a new series of prints, London-based artist Sidsel Meineche Hansen (b. 1981) appropriates Edvard Munch’s woodcut printing technique, merging the “spirit of the wood” with her research into the prescription of psychoactive drugs and chemical management of nervousness.

Theodor Kittelsen (1857-1914) was a Norwegian illustrator and artist, and a member of the Norwegian romantic nationalism movement, who dropped out of the city buzz to live the life of a recluse in the countryside. An original copy of his book Svartedauen (“Black Death”) from 1900 is included in the exhibition. The Danish artist Asger Jorn (1914-1973) established The Scandinavian Institute of Comparative Vandalism which comprised the extensive but unfinished archive of 10.000 years of Nordic Folk Art documented by the French photographer Gerard Franceschi (1915-2001). A fragment of this archive completes the exhibition J’ai Froid, which will slowly accompany us as we move towards the heart of the Parisian summer.