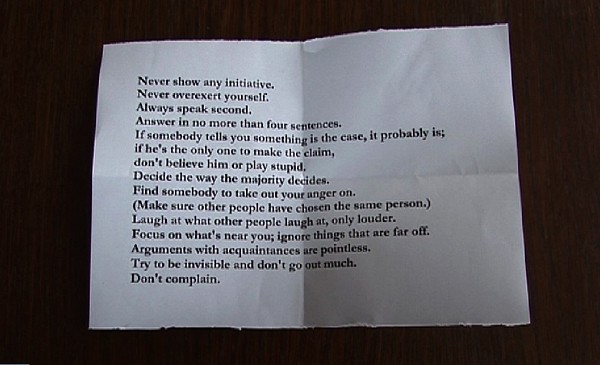 For his first solo show in France, Zbyněk Baladrán (born in 1973 in Prague) has brought together a selection of video works which subversively…

Works in the exhibition:

c. It always makes her sick whenever she thinks of the infinite (along with Jirí Skála), 64 A4 sheets, print on paper, 2008 (wall)