COLLAPSE OF THE EXPANDED FIELD 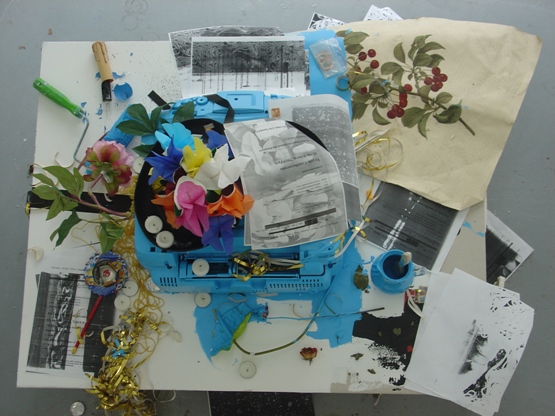 castillo/corrales is proud to present Collapse of the Expanded Field, an exhibition of four or five new videos by Alex Hubbard along with a sculpture performed here in Paris.

Alex Hubbard’s short videos, highlight reels from a kind of scripted sleepwalking exorcism done in the dark, run short. A minute or two, the length of a commercial, a punk song. Like the hit song of the summer, they’re irritating at first, but watch again: they grow on you, pretty soon you’re addicted. All the hesitations and dead air of the performances have been cut out—only the action is (mostly) left.

Here and there a hand flickers through the frame, or a snatch of a sentence, giving the videos an indeterminate status between action, acting, and animation. All action is with objects (a shredded pillow, party balloons, black paint and a ripped movie screen), set into motion on a tabletop or on the floor, shot from above. The way things go wrong, flicker out, quit.

The surprise ending is just that: it’s over, and you don’t really know what the fuck happened. Stripped clean of connotation, the videos build up deliberately and then shut down fast, whatever tenuous narrative established between objects ruptured at the last instant by a surprise–or is it an accident? You wonder, too, whether Hubbard might be drunk or high.

Established in Paris-Belleville in January 2007, castillo/corrales is a gallery run by a group of artists, curators and writers, based on the principle of la rupture de principe. 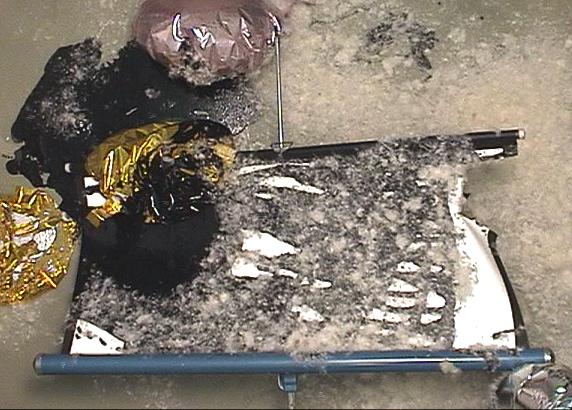