92 VIDEOS OF TORTURE IN 4 BOXES 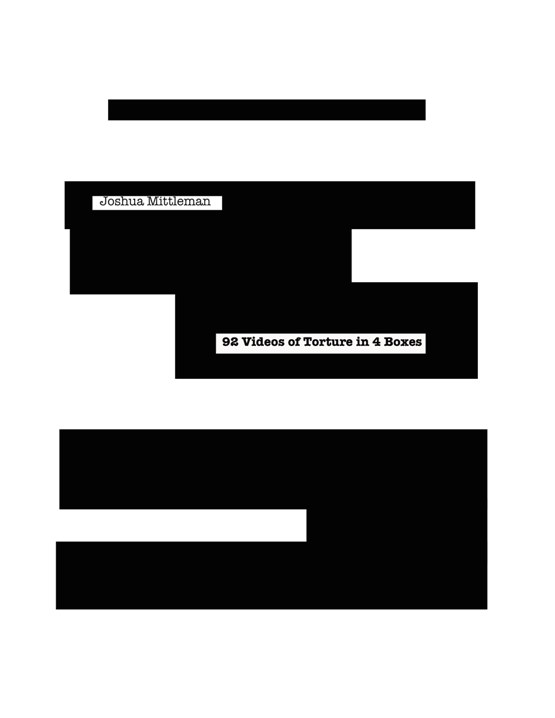 “They have overt meaning, though they’re not the obvious one. Sure, black might have something to do with our conscience or soul, but that is not what I had in mind. Black to me is the absence of light, and I’m very concerned with light. And so black paintings were not so much that they were black, but that they weren’t light. That’s about all I can say now. But to me, that makes it all very clear. (Laughs)

In 2004, the American Civil Liberties Union initiated a series of lawsuits against the government of the United States. Using the Freedom of Information Act, an individual or group has the right to sue any federal agency to view official documents. However, the government is allowed to censor documents based on what it deems issues of national security. Following the ruling of the court in this case, the government was compelled to release an inventory of videotapes depicting the enhanced interrogation (i.e. torture) of two detainees. Prior to its release, much of the inventory was censored, and the pages made available were heavily blacked out. The inventory confirmed the existence of 92 videotapes. It was later revealed that all of the tapes had been destroyed by the CIA.

Joshua Mittleman, for his exhibition at castillo/corrales, will show a series of works based on the 8-page inventory of the torture tapes, a new development in his work that looks at the politics of surveillance and government through abstract and minimal forms.

Many thanks to Claire Fox for collaboration on this project. –