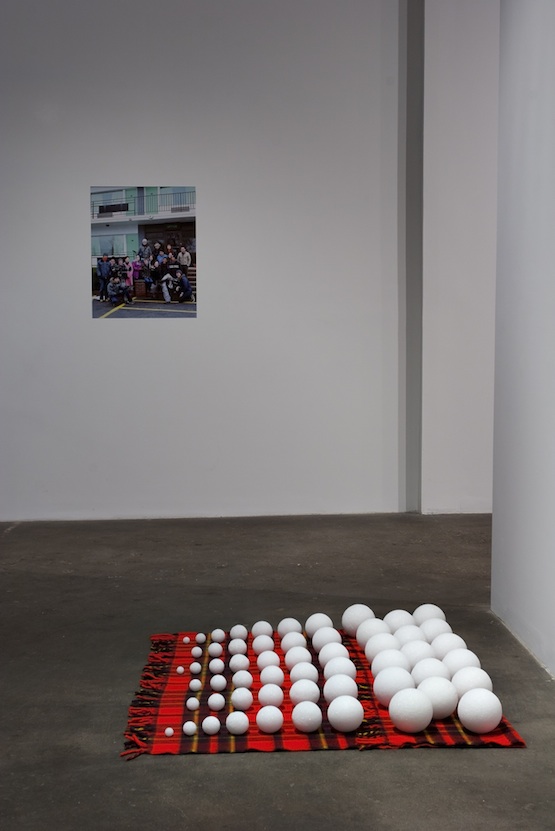 The Way It Wasn’t questions the ineluctable establishment of a once-considered-alternative organization. It addresses the illusion of coherence that such a day-by-day endeavor often gains in retrospect, as well as the overblown importance that a small, localized structure can take in the view from afar. Celebrating ten years of trials of castillo/corrales in Minnesota means to show more than there actually is. The Way It Wasn’t draws from exhibitions and projects which did take place in the 29-square-meter Paris-based gallery, and from ones which almost did. Some were only discussed but got postponed. For others, it just wasn’t the right time.

The Way It Wasn’t combines some of the artworks, positions, and statements which have made castillo/corrales over all these years, including elements from Doomsday Celebration, Red Flags, Breaking Point: Kathryn Bigelow’s Life in Art, and the three biennial summer exhibitions titled Hello Goodbye Thank You, but also from projects such as 1992, The Robert Musil Show, Gaston in Mexico, or Notorious CS Leigh, and from some of the many events held at castillo/corrales’ bookstore Section 7 Books.

Ten years: 2000-2010, an account of this decade’s art, society, and state of mind, as seen through the life and times, the acts and words, the highs and lows of an independent art space in Paris.