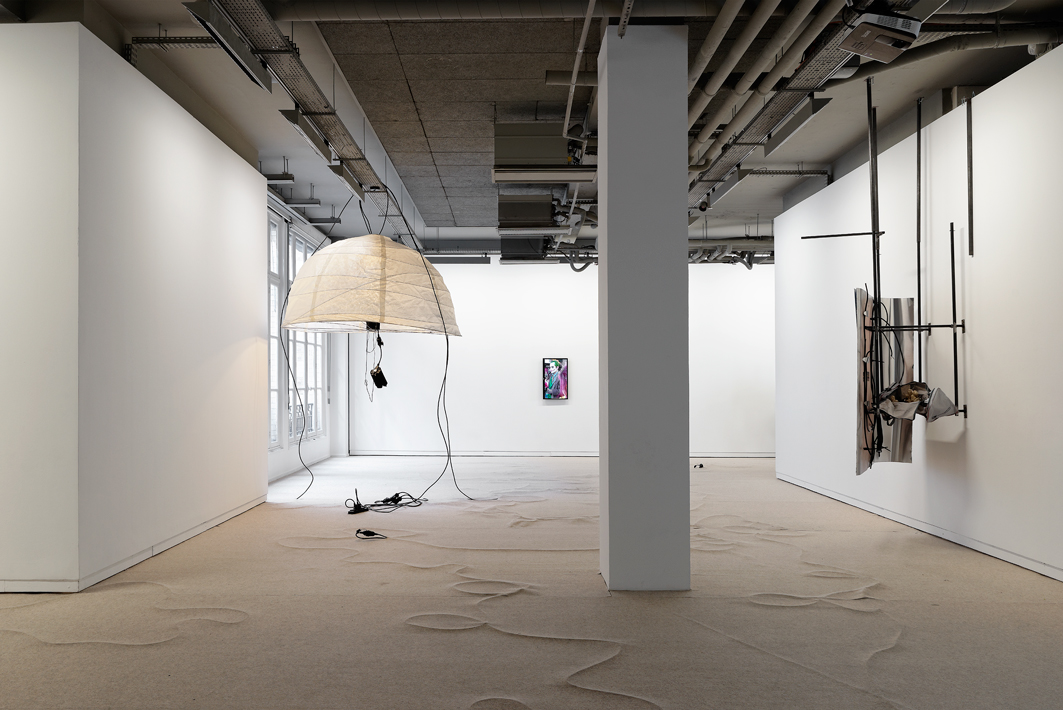 A press release usually greets the viewer with the wrong hand. By immediately setting the exhibition in an artificial landscape of references, concepts and analysis, it awkwardly takes its distance from it. Most of the time it euphemizes the conditions of the exhibition’s making and neutralizes the discussions and questions which sparked during its conception, in order to offer an image of self-evidence.

Nothing, however, can be taken for granted in this exhibition in particular, as the guidelines of the prize awarded by the Fondation d’entreprise Ricard can seem to overdetermine the choice of artists taking part in it, not to mention the way they are perceived. What matters then is to set the exhibition in motion, to think of it as an investigation about the present. This consists, firstly, in articulating several positions, aesthetics and personal aspirations with one another, and in identifying certain sensibilities, which are at least temporarily shared: those of a generation or, let’s say, of the times. But it is best not to go too far too fast and outpace everyone (including ourselves). As we write these words, this exhibition is a scaffolding of unstable, living and anxious intentions, collectively elaborated, a circumstantial dialogue between a many-facetted group of curators whose activity in Paris gravitates around the exhibition venue castillo/corrales, and six artists, barely in their thirties, intrigued by the situation: Marie Angeletti, Camille Blatrix, Jean-Alain Corre, Audrey Cottin, Hendrik Hegray, and Mélanie Matranga.

Choosing a title for the show that calls to mind another, Baudelairian, one – “The Times, Fashion, Morality, Passion” – is a way of thinking out loud. These notions probably still play a large part in the appreciation of an artist’s works. But fashion, morality and passion are asserted in the manner of the decree, and convey maybe less well today the sensibility that informs our relation to things. In these times, everything seems to be moving all the time, over time, under changing conditions that are affecting behaviors at once fleetingly and profoundly. This is not to say that the “generation” which incarnates this sensibility is devoid of more lasting and resistant values than the volatile set of moods to which people often want to reduce it. Allegedly lacking in concentration, it nevertheless knows that attention is, it just so happens, the only power at hand to counter the tensions affecting it. Nothing is simple; but these artists are moving forward, tossed about between a feeling of powerlessness and extreme lucidity.