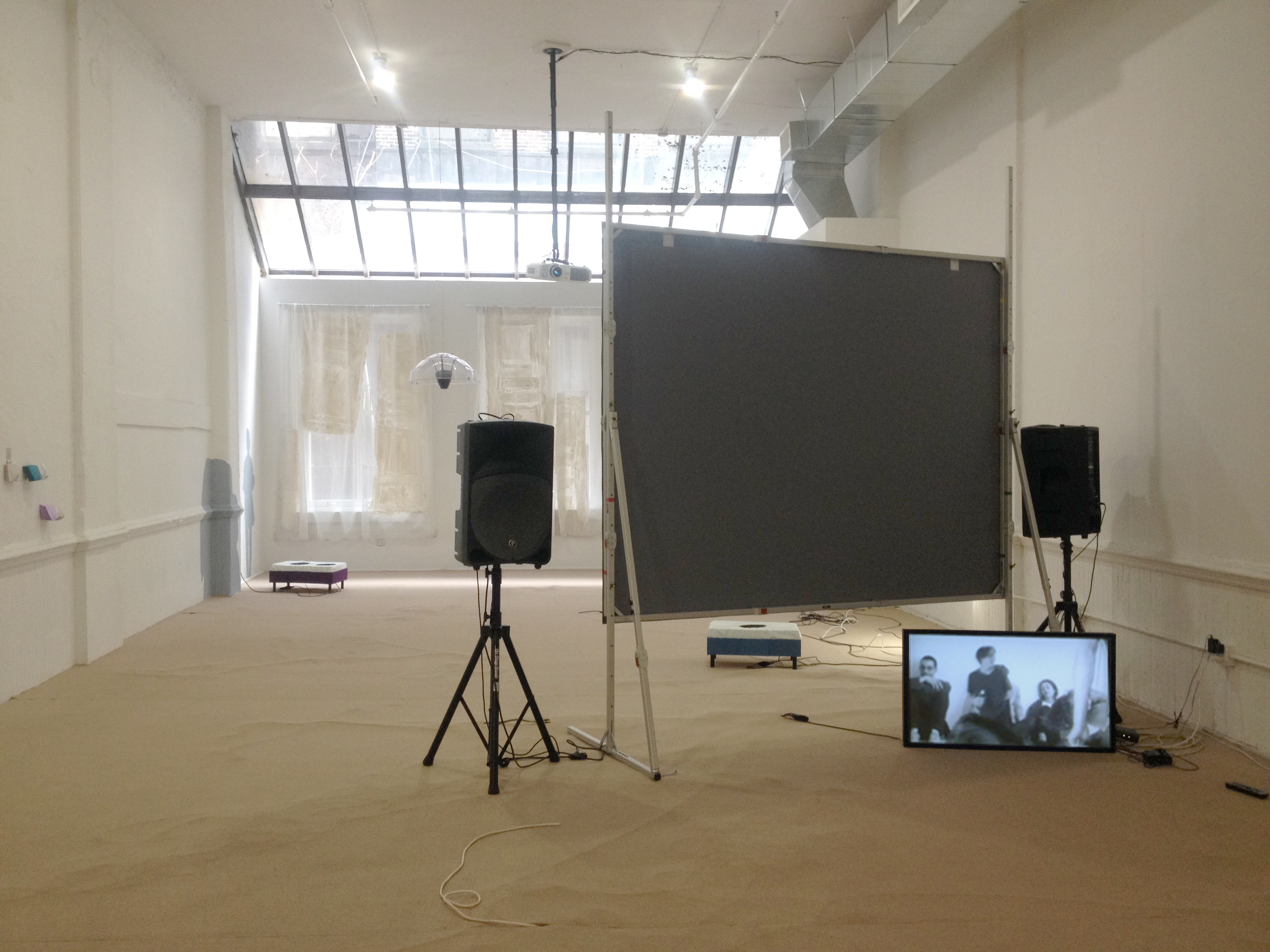 With the subtitle “Less Time, More Issues,” the event-based exhibition is structurally thought of as an open-ended setting: a site for circulating problems and methods, keeping the trace of social constraints and intimate behaviors.

When making things public, what makes sense is what takes time; what takes value are displacements, misunderstandings, and trafficking. Commonplaces, stories, well-worn references and emotions, are the tokens that allow us to handle the awkward and embarrassing necessity of how-to-perform-one’s-own-life. Some may rely on adolescence once again, and the naivety factor that is supposed to come along with it; others would turn to the truth-telling essayistic rhetoric, considering the distance they have with themselves. There’s no reason to take for granted the usual, inevitable, forms-of-life and self-assured acts-of-thought. “In youth we are, but in age we seem.” Is that to say we never become?

It’s not so much that moods and affects have to be kept secret and hidden. Do we have to say it once more – they’re structured through déjà-vu, and we already found most of the words for them in half-forgotten songs and brusque quotes. What matters, tonight, is what is behind the scene, not as something mysterious, or as one of the last tricks in the sleeve; but as the dailyness of things, the eventlyness of it all: the course of our lives, observed from too close a distance, in the middle of affairs. In the shadow of a moment things are irrevocably done – as if there was no time to say, “yes” with any conviction.

Something ever comes of all persistent inquiry; we are not so continually curious for nothing. We may already be over-fond of a certain imaginary image of our lives and friends; and then refer to a certain imagined ghost of that same imagined image. What is at stake is not the search for the “right” stuff or position – it’s the possibility to deal with prerequisites in order to twist the game. 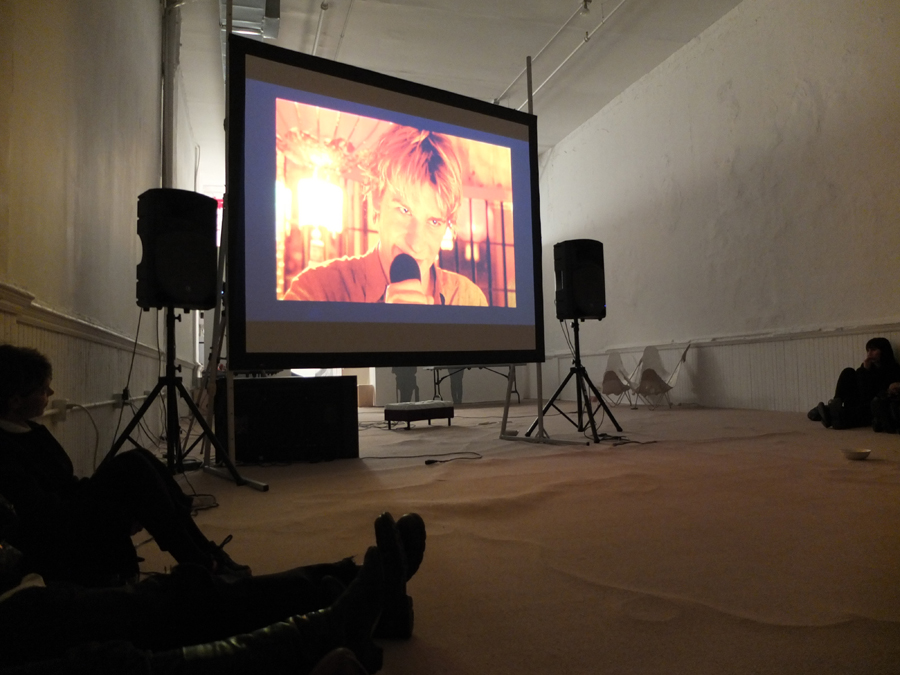 This won’t be the occasion to listen to people lecturing “about,“ or delivering definitive answers to any “issues;” rather, what’s at stake is how to define, cope and bear with them. On this first evening there will be a reading by Lili Reynaud Dewar; followed by another happening, in the form of Fionn Meade’s unveiling of what lies under “The Skin of the Bear”. This will be puncuated by screenings of films and videos, selected by Morag Keil and Kari Rittenbach. Later that evening, we will screen Dans la lumière (“Into the light,” 61 mins., video, French with subtitles) the first part of French filmmaker Leos Carax’s three-part mini-series Pierre ou, les ambiguïtés (1999). This adaptation of Herman Melville’s novel Pierre or, the ambiguities was first made into the feature film Pola X by Carax, before he reedited for television this longer, rarely seen version.

Lili Reynaud Dewar tests out a new idea for a long-term research project, involving writing underwhelming biographies, as she chooses a member of castillo/corrales as a guinea pig. It is followed by, or may actually run parallel with, a discussion about the biographical condition of not just artists, but spaces too. The team of castillo/corrales, the artists present, and their New York guest that evening, artist Jason Simon, welcome you into a conversation that hopes to push another set of relationships forward. Tonight we will also screen À l’ombre des lumières (“In the shadow of the lights,” 55 mins.), the second part of Leos Carax’s Pierre ou, les ambiguïtés, in which we see Pierre (Guillaume Depardieu) in an overwhelming karaoke performance.

Der Mond, a performance directed by Joachim Hamou and loosely based on the opera with the same name by Carl Orff, is the vehicle for this evening’s event. The piece, which is rather a tale actually, will be the subject of reinterpretation, with the few means and participants we have been able to gather, under the music direction of Andreas Führer. The theme of the show is relevant enough; greed and excess that creates fear and stress, even after death. After a break we will see the outcome of Pierre ou, les ambiguïtés, in the final episode Dans le sang (“Into the blood,” 53 mins.).